Role of Wine in Greek Philosophy with Plato & Socrates

If you think about Greek philosophy generally, or just Plato, Socrates, and other sitting around talking about morality, do you also think about them drinking liberal quantities of wine — even drinking wine to the point of getting drunk? Probably not. The sober, serious philosophy associated with Plato and Socrates doesn't seem to leave much room for getting buzzed on wine, but if you read some of the Greek texts closely you'll notice that wine drinking plays an important role. 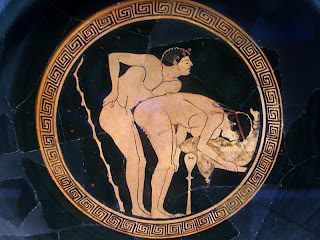 This shouldn't be surprising because wine is already known to have played an important role in ancient Greek culture, religion, family, and society. The ancient Greeks placed a high value on the importance of wine, so why wouldn't Greek philosophers have used wine as a social lubricant while discussing philosophical topics? In fact, the ancient Greek views on the proper use and role of wine closely mirror important features of ancient Greek social and moral philosophy. It can in fact be argued that we can illustrate important things about Greek philosophy through wine.


Socrates took his seat . . . and had his meal . . . When dinner was over, they poured a libation to the god, sang a hymn, and — in short — followed the whole ritual. Then they turned their attention to drinking. At that point, Pausanias addressed the group:

“Well gentlemen, how can we arrange to drink less tonight? To be honest, I still have a terrible hangover from yesterday, and I could really use a break. I dare say most of you could, too, since you were also part of the celebration. So let’s try not to overdo it.”


The most overt connection between wine and philosophy lies in the symposia that took place in ancient Greece: these were effectively wine parties that gave rise to profound philosophical dialogue. As alluded to in the epigraph, the Greeks did not drink wine during their dinner, but afterwards: following dinner, they would retire to an andron, which was a room largely dedicated to these events and one of the central architectural features of Greek homes.

The ceremonies were initiated with toasts to the gods, fallen heroes, and one’s ancestors, and then the drinking could begin in earnest. Greeks mixed their wine with water in a special bowl (called a krater); the mixtures could be adjusted depending on how serious the drinking was to be, but water was nearly always added in at least equal parts to the wine. The revelry often extended late into the night, and philosophy was undoubtedly a focal point of conversation at many of the symposia.
Source: Fritz Allhoff, Wine & Philosophy: A Symposium on Thinking and Drinking

So rather than philosophical discussion groups where people happened to drink some wine, the symposia were more wine parties where people ended up talking about philosophy. The similarity here with modern college students sitting around and talking about philosophy after a night of drinking beer is just too strong to ignore. How much of the very serious philosophy being studied by hung-over college student had its origins in very similar wine parties in ancient Greece?
The fact that the ancient Greeks didn't drink wine during dinner, but only after dinner in a special setting just for wine drinking is something I find fascinating. Was wine really so special that it would have been wrong to "sully" it with mundane food and required it's only particular setting to enjoy? Studying the wine cultures of other civilizations is useful because it helps us recognize the cultural aspects of wine drinking for us — cultural aspects which might otherwise tend to go unrecognized because we take them for granted and assume that they are simply the "normal" way of doing things.


A major topic of Greek ethics was pleasure, and particularly whether or not pleasure was to be regarded as the highest goal. And if it was, then one naturally had to ask what kind of pleasure was an appropriate aim, for few were prepared to affirm that pleasures associated with the basest of acts were ever worthy of pursuit. ...

Furthermore, the pleasurable life would be assumed by the majority of Greek males to involve symposia, at which fine food, pleasant drink, and entertainment of a sexual nature would all be present. These social occasions, where friends gathered together, and, unlike Polyphemus, had nothing to fear from others present, were the appropriate place for exploiting the pleasures of wine while minimizing the risks.

The very word ‘symposium’ implied social drinking, and the drink concerned was wine: usually mixed with what was held to be the appropriate quantity of water in a large broad vessel known as a krater, often decorated with scenes of revelry. ...the tendency to see friends as extensions of oneself naturally led to a concern for their happiness, leading to a willingness to share those things that best made one happy – and in this context the sharing of wine at symposia became natural, while gifts of wine were also favored by those rich enough to be giving it.

Socrates isn't recorded as ever having stopped to ask philosophical questions directly about wine and wine drinking, though it's possible he did and no one thought to write it down. Regardless, it appears that at least some of the questions he did ask were asked in the context of wine drinking and this didn't bother anyone at the time — and there were some criticisms made of Socrates, so it's not as though people treated him as infallible.
No one considered it odd, never mind immoral or inappropriate, for wine drinking to be combined with deep philosophical discussions. As a consequence, the enjoyment of physical indulgences like wine was not only regarded as compatible with the highest ideals of Greek moral philosophy, but may have been implicitly thought of as a necessary component of living the best sort of life.
Pliny the Elder is the source of the oft-quoted statement "In wine, there is truth." Most people interpret this as meaning that wine causes people to tell truths that they censor when they are sober, but it can also be interpreted much more broadly. Drinking wine frees up the mind from all sorts of social, cultural, and political censors in a way that may help us to see insights, make connections, and recognize truths that might have otherwise remained hidden to us.

Dionysus, Bachus, and Liber are the names of the ancient Greek and Roman god of wine. This god embodied many of the qualities which Greeks and Romans saw in wine itself: life and death, nature and civilization, male and female. There were a lot of different gods in ancient Greek and Roman society, but people who enjoy wine today should take a second look at Dionysus, Bacchus, or Liber to ponder what this god meant to ancient civilizations and what he might still have to tell us about wine today. 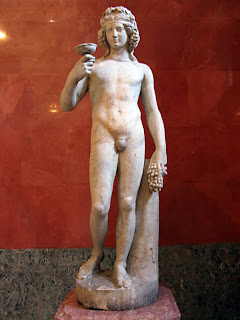 The Greeks believed that Dionysus was a god of ambiguity. In Euripides’ phrasing, he was both most terrible and most gentle. He crossed boundaries, blending male with female, Greek with foreign, civic with the natural world. He was a god linked with the dead as well as the living. He also introduced the vine to Greece. This god of the natural world had the power to produce foods such as milk and honey spontaneously from rocks and plants, as Euripides describes in his Bacchae. He could also cause rivers to flow with wine rather than water.

The Romans worshipped Dionysus as Liber, or Bacchus, one of the cult titles of Dionysus. Bacchus was one of the Greek divinities introduced into Rome in the third century BC in order to preserve the city from the Carthaginians and other outside threats. But the god might also become a threat, and in 186 BC the Senate suppressed the female cult of the Bacchanalia in fear of anti-state conspiracy. These ambiguities are reflected in cult.
Source: Food in the Ancient World, by John M. Wilkins and Shaun Hill

Both the Greek cities on the Pelopenisan mainland as well as the Ionian region of Asia Minor celebrated a festival dedicated to the opening of new wine. Called the Anthesteria ("flower"), these festivals were held in the spring whereas contemporary new wine festivals are held in the fall. The Anthesteria celebrations were about much more than just opening new wine just as wine was about much more than jut having something to drink. The Anthesteria involved important political, religious, and cultural themes: they reinforced connections between the household and the larger polis, integrated new family members and citizens with established members, connected birth and life with death, and so forth. 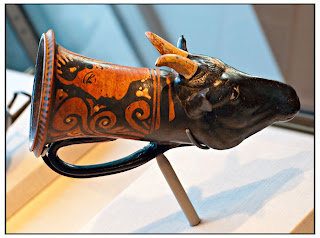 Burkert (1985: 237) sets the scene: "At the sanctuary of Dionysos en limnais the Athenians used to mix the wine for the god from the jars which they transported along there, and then taste it themselves . . . Delighted with the mixture, they celebrated Dionysos with songs, danced, and invoked him as the Fair-flowering, the Dithyrambos, the Reveller and the Stormer."

This is how an Attic local historian [Phanodemus FGrHist 325 F 12, quoted by Athenaeus 11.465a] describes the beginning of the festival on the 11th Anthesterion: "The beginning of the new vintage, the first fruit offering, is set in the sanctuary which is only opened at sunset. The day is filled with preparations; the clay vessels are carted in from the small vineyards scattered throughout the countryside, small-holders, day-labourers, and slaves come into the city, and friends and strangers wait for nightfall outside the sanctuary. Then, as the jars are broken open, the god is honoured with the first libations."

On the second day, Choes, the wine jars were opened and men drank competitively from large jugs. Slaves and children also joined in, this being one of the rituals of incorporation for the young child into the family. There were also dark aspects to the second day, for the house and city were subject to invasion by the dead. There was also a further form of drinking, in which at a trumpet sound everyone drank an equal measure simultaneously, but in silence and each at an individual table. This was said to be in memory of the arrival in Athens of Orestes, with hands still polluted by the blood of his mother Clytemnestra.

Also on this day, the king archon, one of the chief magistrates of the city, who had organized the solitary drinking, gave his wife in sacred marriage to Dionysus at the god’s temple in the marshes, somewhere to the south of the acropolis. On the third day of the festival, Chutroi, or Pots, mixed grains were boiled with honey in the pots. Burkert (1985: 240) comments, ‘this is the most primitive cereal dish of the early farmers, older than the discovery of flour-milling and bread-baking; in funeral customs it has survived down to the present day’. Modern Greek kolyva offers an example of Burkert’s funerary mixture. The myth of the flood, according to Burkert, lies behind the primitive porridge. At the end of the day, the dead are invited to leave.

The complexity of these new wine festivals would be difficult to understate and underestimate. These are not simply parties to celebrate new wines and they aren't even just harvest festivals which celebrate the bounty of the fields. These festivals were based on and revolved around wine — you couldn't have replaced wine with another beverage like milk or fruit juice and still have the same effect — yet they also went well beyond the wine into other aspects of culture, society, religion, and politics.
Is there any other food or beverage that has anything close this kind of status in modern Western society? 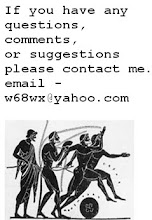